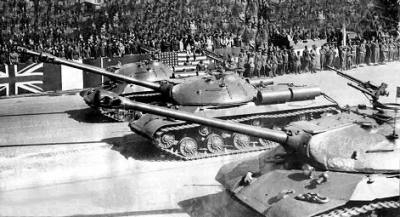 “The IS-3 first appeared to Western observers at the Allied Victory Parade in Berlin in September 1945. The IS-3 was an impressive development in the eyes of Western military observers, the British in particular, who responded with heavy tank designs of their own” [1] 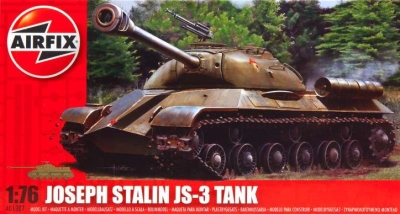 My nephew charged me with building this Airfix 1/76 kit for him. I have done the Tamiya 1/35 kit before and have ambitions to redo it in the future. But, for now, I will content myself with this smaller, simpler model.